The Formation of the Safe Surrey Coalition 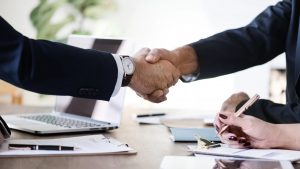 The Safe Surrey Coalition represents a serious response to the growing problems of crime and insecurity infiltrating the streets of our city.   Faced with a Mayor and City Council that continues to show a complete lack of understanding for the needs of the community, the Safe Surrey Coalition has come together to offer citizens a clear plan and a decisive commitment to take immediate action.

Led by Mayoral candidate Doug McCallum who proudly served the City of Surrey as Mayor for 9 years, the Safe Surrey Coalition encompasses a group of candidates with diverse community involvement, political affiliations and professional backgrounds, who are united by one overpowering concern: Public Safety.

The priorities of Surrey residents are unmistakable.  In a March 2014 poll conducted by Insights West, the views of residents were heard loud and clear:

In response, Councillor Linda Hepner launched her campaign to be Mayor by stating that “just a ferris wheel” on the waterfront was a “vision that I would like to see happen…because that’s what moves you to greatness.”

Councillor Barinder Rasode, a member of Surrey First for 5.5 years, has voted for every Police Committee meeting she has attended since 2008 to remain closed to the public.  Her performance on the issue of crime was described in an April 2014 email by current Mayor Dianne Watts to all of Council:

Personal politics of ambition and division are the wrong direction for Surrey.  The time for action is now.

The Safe Surrey Coalition is proud to present our Public Safety Platform for consideration by the citizens of Surrey.  This is the first of several policy proposals that will be released over the coming months.